Nut places the two mourners in some coffins of the XII Dynasty.

In Ancient Egypt Isis was usually located at the feet extreme of the mummy, while Nephtys were located at the head extreme of it. Although it seems to have a logic based on a mythic legend, we find that this was not the rule all over the Egyptian history.

In previous posts we have seen how during the XI and XIII Dynasties Egyptian coffins show Isis at the head end and Nephtys at the feet end.

However, some coffins dating back on the XII Dynasty (the core Middle Kingdom), show that in that period of the Egyptian history Egyptians started thinking of Nephtys at the head end of the box and Isis at the feet end of it. 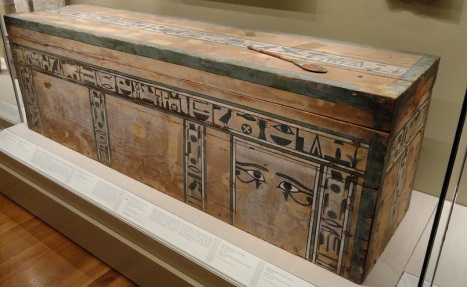 For instance, in the coffin of Senbi from Meir in the Cleveland Museum of Art, the inscription shows that the place of Nephtys was the head extreme of the coffin. 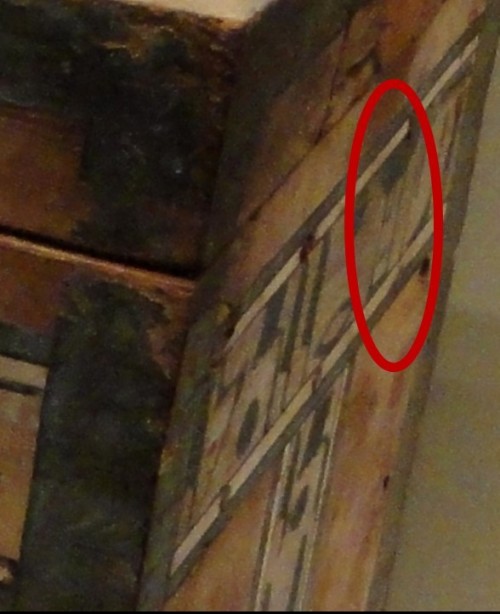 Detail of the head end of the coffin of Senbi. Inscription referring to goddess Nephtys. Meir. XII Dynasty.

Another example is the coffin of lady Senbi from Asyut in the Altes Museum of Berlin, which also shows the head extreme of the box as the place for Nephtys. So, in both cases Isis would be standing at the feet end. 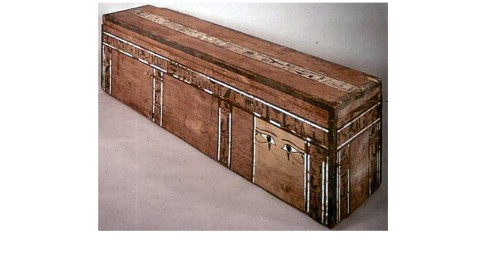 Coffin of Lady Senbi from Asyut. According to the hieroglyphs, Nephtys is at the head end. XII Dynasty. Egyptian Museum in Berlin: Photo: www.egyptian-museum-berlin.com

There are some other coffins, whose information is still much more complete. Not only they indicate the place for each goddess, but also inform us about who decided that. 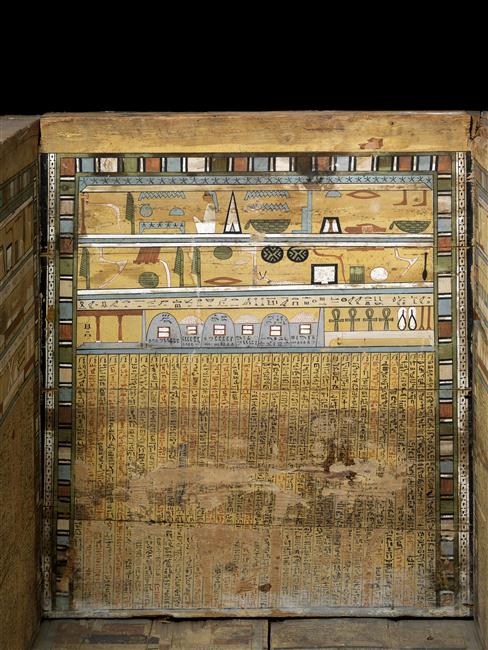 The coffin of Sopi, an intendant under the reigns of Sesostris II and III, from el-Bersha and now in the Louvre Museum, has a very rich decoration inside and a more austere one outside. Anyway, in both cases, the inner and outer decorative/textual pattern sends the same information: Isis is at the feet of the mummy. That happens because, according to the inscription,  “Nut has placed Isis at the feet” of the corpse. 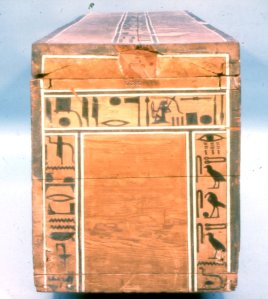 The same case we find in the coffin of the army commander Sepi, also from el-Bersha and in the British Museum. Outside of both extremes the hieroglyphs read how Nut has placed Isis at the feet and Nephtys at the head. 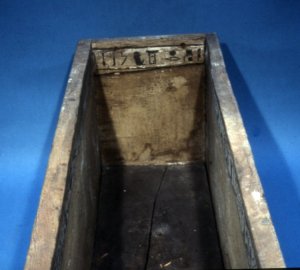 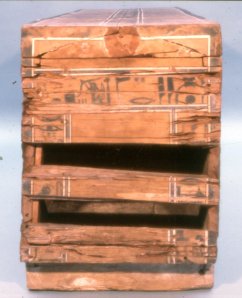 And also in the inner head end of this coffin, we read how the dead is there in front of Nephtys.

In these two cases, Isis stands at the feet of the dead and Nephtys at the head, following a decision of the goddess Nut.

Could we conclude something?

Next week we will see that nothing was stablished about this subject in the XII Dynasty.

Some other gods will also decide about tyhe location of Isis and Nephtys at both ends of the mummy.